ChrisS wrote:I had planned on going outboard......but couldn’t come up with an upper mount setup that I was happy with. Mostly down to the resulting angle the damper would be at, but also an element of the test my car will have to pass - onboard solved a lot of issues so I went that way instead. Glad I did.

This has me a bit concerned for now. I had to lift the upper mount as high as I could without causing problems, and it still has a ridiculously aggressive angle between the bottom of the upright and the upper mount. So much so that the calculated spring rate needs to be 600-650 lbs/in as opposed to the nearly vertical application at the rear with all the engine weight only needing a spring rate of about 200 lbs/in. If I couldn't find a spring that stiff, I would have done in-board out of necessity.
Top

Yes, inboard has more parts and requires a bit more construction, but it is a solution to a lot of issues. The wheel to spring ratio is an almost perfect 1:1 over the entire travel (just a few % off here & there), it looks neat, it keeps the unsprung weight down a bit. The main downside is the angle that the rod end acts at where it meets the lower wishbone. That is quite a way from ideal, but if it does prove to be a wear issue, it's only one joint, and an easily changed one too.

I did briefly look at ways to improve the angle but couldn't come up with anything sensible so took the pragmatic view - it's worked well for Kurt and he has a good few miles on the car without problems with it.
Top

I just wanted to cause myself the maximum pain and inconvenience. It worked

Wow! Just realized I hadn't posted for two months! Where did the time go????

Now, I haven't been lazing around doing bugger all, but actually have made slow and steady progress. In fact I made it to my goal for this build season which was to be able to put the wheels on a put the thing on the floor.

So what have I been up to?

First up, finished the front end. As was discussed, the push rod suspension is quite a bit of work, and some fairly fiddly work at that, but the rewards are plentiful. Once it was actually all welded up and done I actually had a "Gosh! I did that!" moment. 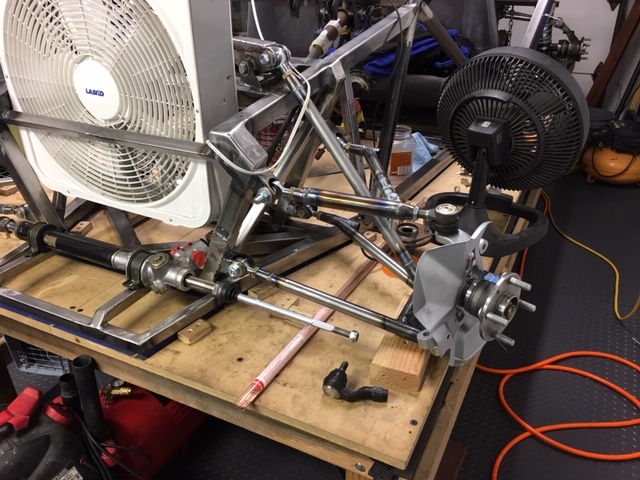 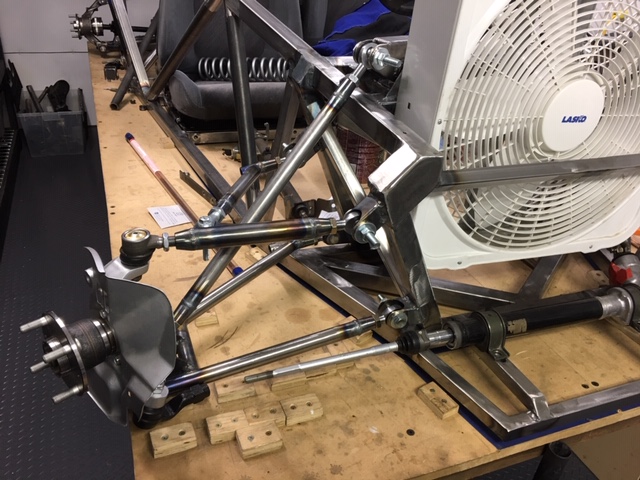 Once that was completed it was onto the rear, which actually was quite straight forward. No cock-ups. No re-dos. No "do-overs". Just steadily worked through it and got it done, which is highly unusual for me. Maybe, just maybe, I'm getting better at this fab stuff. 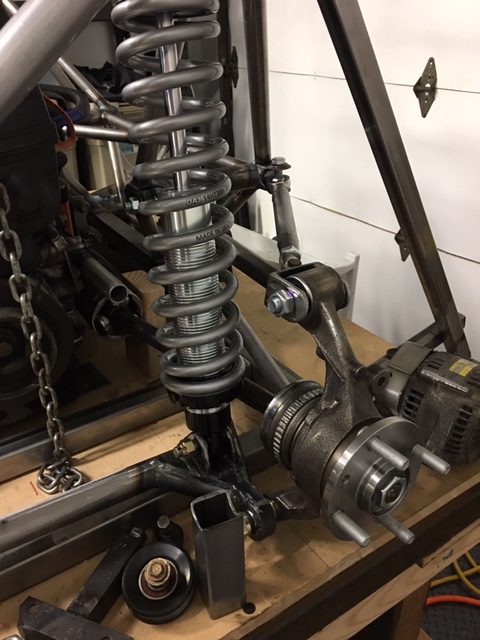 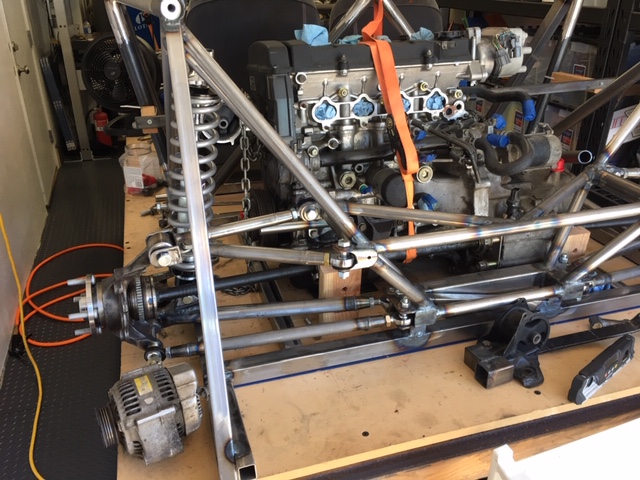 Actually, practice has certainly improved my skills. My ability to measure, put holes where I really want them, and fab the metal to do what I want (rather than what it wants to do!) is definitely improving - just as we come towards the end of the major steel fab work.

I'm rather proud of my rear shock top mounts which came after quite some hours of "how the hell are we gonna do this" introspection. 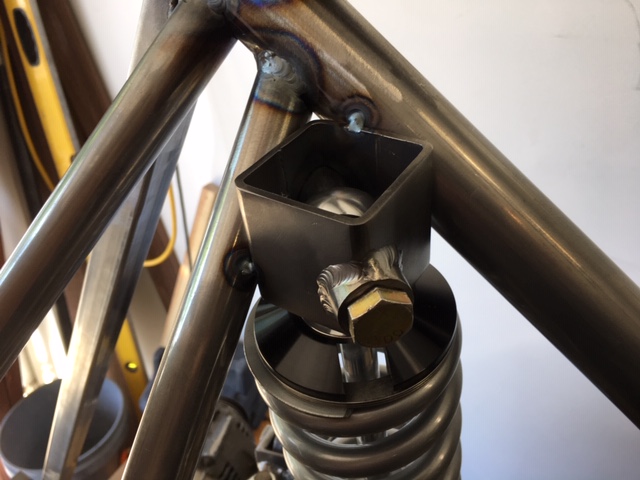 Now the engine is in it's final place so we're onto the motor and torque mounts. I have to move the B18Bs alternator as it fouls on the rear suspension, but I can re-use the power steering and AC mounting bolts on the other side of the motor for that. 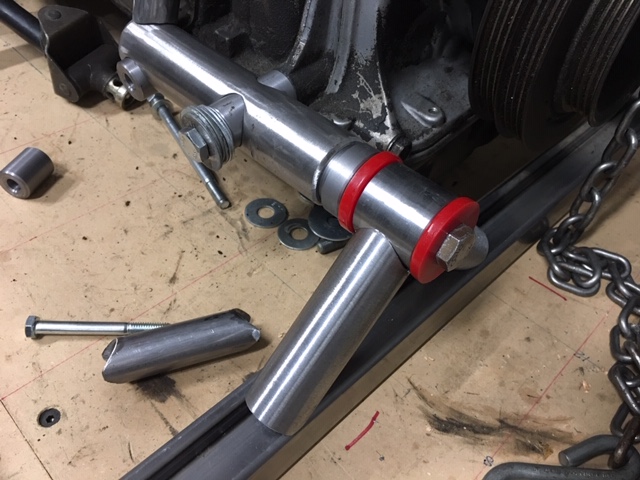 This leaves the alternator mount to now work as a torque mount.

While it looks like the axles are in, these are actually unmodified Integra axles, and they are so close to fitting I could cry, but the bearing's the wrong size. 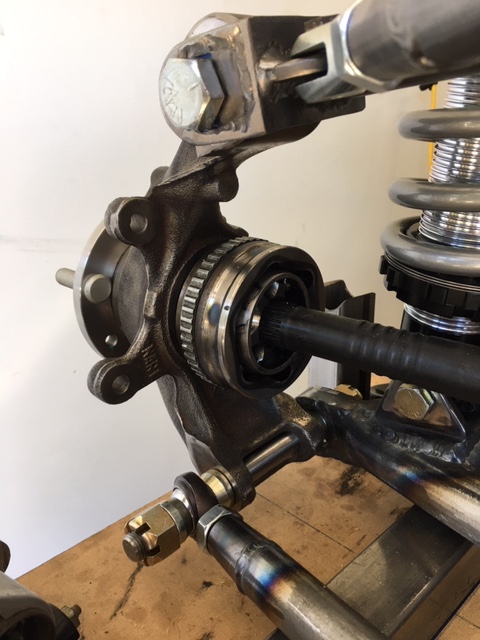 It's been a good but steady build season, but it hit 100' (38c) for the first time this year today, and working in the garage in the afternoon is rapidly becoming a chore. Goal before I end the season is to have the motor and torque mounts all done.

Looking great, as always. Snap on the timing for this latest push!

I think you're radiator might get in your view a bit, and I'd paint it black...

I’m making sure I have adequate cooling for Phoenix summers!
Top

Having avoided the worst of the Phoenix summer by hanging out in the mountains south of Prescott, it's back into the garage!

First off, a quick visit to the local metal yard turned up some lovely off cuts of 1.5" rod, which, with a little lathe magic turned into steering rack extensions. Total cost - $4! 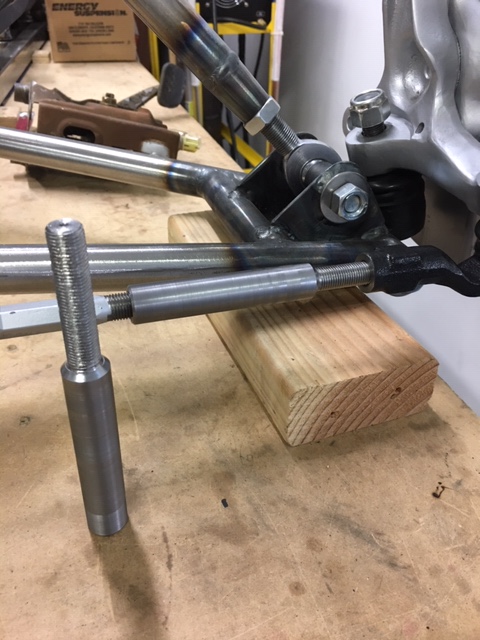 Then a strange thing happened - we brought a new house! Went from one day not even thinking about it to the next day having the offer accepted. Strange how that works!

So, work needs to focus over the next few weeks on getting things to the point they can be moved. Also we're getting close to the point where we need to fully weld up the chassis. Now my welds aren't the greatest but under reasonable conditions with a fair wind I can turn out a decent weld. I cannot weld for crap laying on my back, up side down or bent double as I have learnt to my cost multiple times.

So this means a rotisserie!

Looked at some online and they're all built for American cars and way more than I need, so I looked up a few designs and fabbed my own. 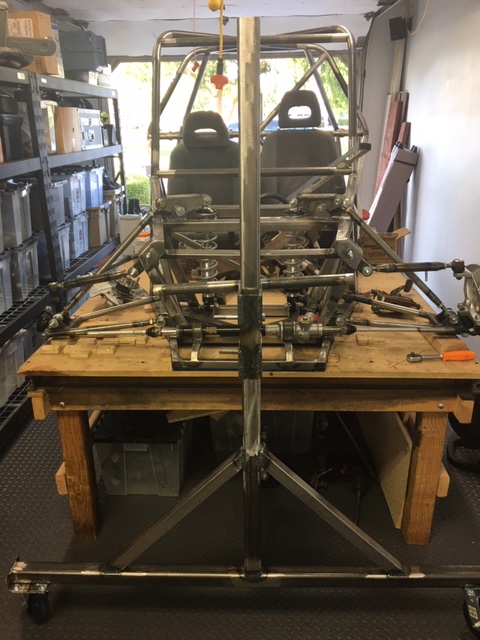 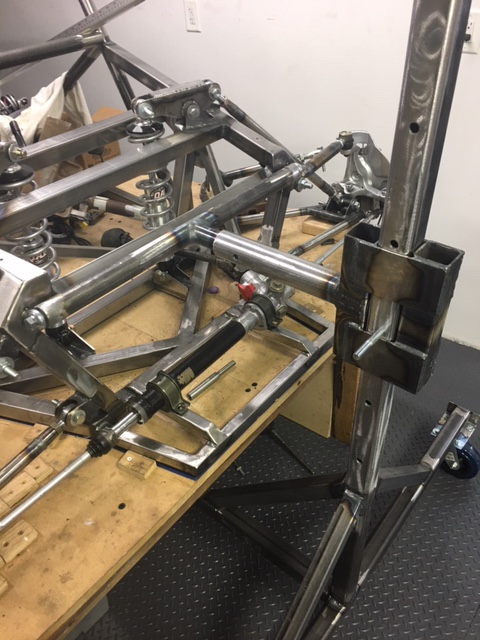 The rotisserie attaches to the chassis by four rod ends that screw into plugs inserted into the chassis. This has the advantage that the car doesn't have to be level and can be tilted to make access easier. 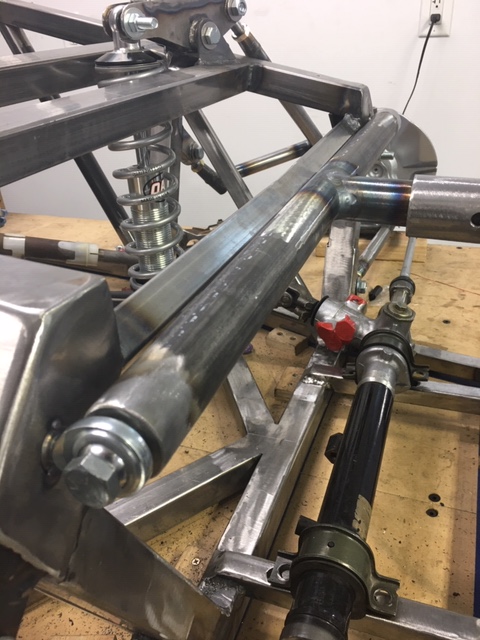 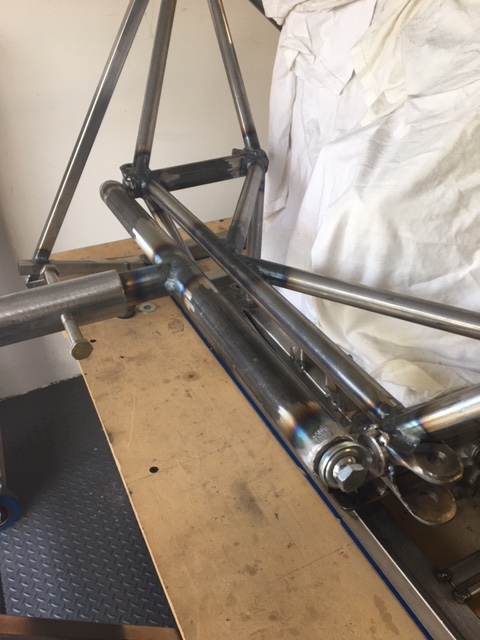 Haven't yet had the chassis wholly up on the frame as it's raining today (in Phoenix!) so watch this space.

Ah, interesting. Making a rotisserie is in my future too. Partly for finishing the welding but mostly for finish - clean and paint.

I like that design - can I steal it please?
Top

Having avoided the worst of the Phoenix summer by hanging out in the mountains south of Prescott, it's back into the garage!

First off, a quick visit to the local metal yard turned up some lovely off cuts of 1.5" rod, which, with a little lathe magic turned into steering rack extensions. Total cost - $4!

Any chance you would be willing to make another set for $4 plus labor?